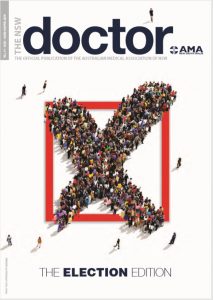 AMA (NSW) was contacted by a concerned anaesthetist member regarding information that had been provided to one of his patients by a private health insurance (PHI) company.

In an email to the patient, the private health insurer provided figures which purported to be the average out-of-pocket (OOP) costs for this doctor as well as 25 other anaesthetists in the region. The member noted that the average OOP expense quoted was significantly greater than what he normally charged.

The insurer’s email to the patient made the following statement about the fees of the anaesthetists living in the patient’s catchment area.

“From the review of this [sic] data this appears to be one of the most expensive regions we have… The amount they are charging is so far above anaesthetists anywhere else.”

AMA (NSW) contacted the insurer, who admitted the error and committed to contacting the patient and all the anaesthetists involved to apologise for the mistake. The insurer had inadvertently published the total OOP costs charged to customers over a 12-month period. The insurer stated that the figures had been specifically generated for that customer and had not been published to any other customers or in any other forum.

This issue raises the broader question of the publication of specialists’ fees by PHI companies, and the risks posed by those companies who do not properly check their facts. This example only came to light because a concerned patient had contacted a doctor to discuss the figures.

Do you have any concerns regarding the publication of fees by PHI companies? Please contact Andrew Campbell at 9439 8822 or andrew. campbell@amansw.com.au.

Originally published in The NSW doctor, The Official Publication of the Australian Medical Association of NSW, Vol 11 – N 02- March/April 2019